Where others see a roadblock, Johnny Holifield sees an opportunity. That’s why his troupe of Southern-born turnaround specialists can be found in some unusual places these days, whether it be California, Michigan or even Alaska.

Specialty Welding and Turnarounds’ biggest recent move has been to the Golden State, and while California’s Senate Bill 54—passed in 2014—seems to exclude nonunion, “outsider” contractors, SWAT used an existing job there as leverage and set up a permanent office. SB 54 requires refineries in California to use a “skilled and trained workforce” trained at one of the state’s recognized apprenticeship programs, which are largely union controlled.

“We knew we were equipped to handle the challenge of geographic expansion,” says Holifield, SWAT’s CEO in Gonzales. “While many of our larger competitors moved out of California when SB 54 took effect, we formed a partnership with four different state labor unions: Local 342 and Local 549 in Martinez and Local 250 and Local 92 in Carson.”

The decision seems to be paying off. With more than 500 welders, pipefitters and boilermakers working in the state, SWAT exceeded 400,000 man-hours in its first year of operation.

The company has subsequently recruited seasoned turnaround manager Spencer Moak to oversee the region, and opened a new office in Signal Hill, Calif. It expects to double its business on the West Coast in 2019.

SWAT’s story of expansion is becoming commonplace, as Louisiana maintenance and turnaround contractors are journeying in greater numbers to other areas of the U.S., as well as international locales. Most of the time, they’re following their existing client base to other plants. As for the owners, they’re attracted to the contractors’ unique skill sets and stellar productivity rates.

While about 40% of the contractor’s portfolio is on the Gulf Coast, much of the rest is in the Midwest and along the East Coast, and about half of that is in maintenance work. “We’ll do about $50 million a year just for DuPont in about 20 or so locations,” McManus says.

Some states and regions are worlds apart with respect to the labor environment and other workplace dynamics. That’s why far-flung turnaround and maintenance contractors must be malleable and adaptable to achieve a sustainable business model.

While the move to California was a no-brainer for SWAT, as it already has more than $100 million in revenue booked for 2019, working in a union environment brought with it some unique challenges for a Gulf Coast-based “merit shop” contractor. For one thing, SWAT had to sign an agreement with various unions in the state to abide by their bylaws.

“It’s a work in progress,” Holifield says. “It’s a lot of steps and a lot of rules. You can’t even bring fabrication from a shop outside of California unless it’s from a union arm. We have to participate in their apprentice programs and we have to prove that we have qualified labor. We also have to show that our guys are qualified and that they are dues-paying members.”

SWAT hired personnel in both Signal Hill and Gonzales to handle the additional administrative functions and paperwork.

Perhaps the biggest adjustment has been the requirement that SWAT hire local union members in certain situations. After all, the company prides itself on its rigorous employee vetting process. Back home, “if they don’t come recommended, they don’t get hired,” Holifield says.

Therefore, Holifield seeks to maintain SWAT’s culture of safety and productivity by bringing new hires to the company’s various local offices for indoctrination. “

They don’t know our culture and our safety values and how we run a job,” he says. “Some of the guys are great and some of them aren’t so great, so we have to work through it.”

As for Brown & Root, it hires almost exclusively from the local area, given the long-term nature of its maintenance projects.

That means it must contend with differing levels of “human metrics”: workforce availability, quality and training. The contractor trains its new hires on methodology and metrics during weeks and months of indoctrination into the corporate culture, along with job- and task-specific training.

At its East Coast sites, Brown & Root has struggled with attracting the younger workers necessary to replace retiring baby boomers. McManus says the average age of a maintenance employee there is north of 55.

“It’s more difficult to get younger folks to plug in and be interested in the work that we do, so our workers are staying longer,” he adds. “I have mechanics that are 70 years old, but love coming to work every day.”

In the end, the work is the same

SWAT’s Holifield agrees. “No matter where you are, whether you’re in Louisiana or California, the work is the work.”

McManus says the National Center for Construction Education and Research (NCCER) plays a significant role in standardizing worker quality in the industrial setting, keeping it comparable across most regions.

As such, Brown & Root seeks to maintain a target percentage of NCCER-certified workers at its sites. It also tracks a variety of productivity-based metrics to ensure that necessary standards are met, a significant challenge in the face of workforce availability issues and other regional dynamics.

For all of its maintenance contracts, Brown & Root follows several predetermined Key Performance Indicators (KPIs) that it establishes, monitors and communicates.

“Every quarter we sit down with our key customers and review these metrics and say, ‘Hey, we’re doing OK here. Here’s an opportunity for improvement, or here’s what we’re going to do to continue to improve and make it better.’

“You have this ongoing dialogue with your customers to establish or review those metrics, and to make sure that you’re staying in touch,” McManus adds. “As long as you’re communicating, your metrics are good, and you’re letting them know what’s happening before it happens, the owner is happy. You’re being proactive in reporting things.”

Since SWAT’s Gulf Coast-based employees are typically working projects for months, they’re frequently away from home for extended periods of time. That’s because their jobs are spread across the entire U.S., in locales like Michigan, Minnesota, Kentucky, New Mexico and Alaska.

As a result, family-related issues are an ongoing concern. “Those employees involved in pre-turnaround preparations might be at the site for three to five months before a turnaround even begins,” Holifield says. “Then the outage comes, and it’s a distinct window of time in which we have to perform. That’s when we man-up and ramp up to the high numbers.

“So, if a planner goes out there before the jobsite, he could ultimately be there a year,” he adds. “He plans, establishes manhours and resources and orders the material. It’s hard and you’re trying to do the best you can to take care of them, but it’s a business and when we make a commitment to a customer, we’re asking these guys to be gone for months at a time.”

Holifield’s Gulf Coast-based employees also endure a bit of a culture shock when traveling to some regions.

In California, for example, the cost of living is significantly higher.

“We increased their per diem so they could afford to stay there, but the big incentive for the guys is the base rates,” he says. “They make a lot more money on the West Coast than on the Gulf Coast.” 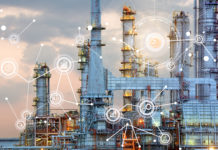 Industry 4.0 is here: Louisiana’s manufacturers are embracing smart facilities, digitization and the Internet of Things