Thanks to the ingenuity of some early visionaries, the use of infrared technology for leak detection is gaining a foothold at industrial sites in the Gulf South. Originally developed for the military, the technology was adapted for industrial use by some opportunistic entrepreneurs who saw a need for a more efficient means of locating “fugitive emissions.”

ExxonMobil in Baton Rouge has long been an advocate of IR technology. In the early 2000s, officials at its Baton Rouge complex were introduced to it by Texas inventor David Furry. At the time, Furry’s company, Leak Surveys Inc., used a helicopter-mounted IR camera to aerially detect emissions from a variety of industrial sources.

Robert Berg, ExxonMobil’s state regulatory advisor, was attracted to the technology’s industrywide potential. “We had some people from [the Louisiana Department of Environmental Quality] come out for a demonstration, and [with a hand-held IR camera] we were able to show them a leak that couldn’t be seen, heard or smelled with visual or olfactory senses,” Berg says.

Over the years, DEQ has purchased three hand-held IR cameras for its own use. Mike Algero, DEQ Surveillance Division administrator in Baton Rouge, says the devices are invaluable. “They are extremely useful when we’re performing compliance inspections of tank farms and refineries, because we can climb up on the ladders and view the roofs of those tanks and can actually see leaks without climbing down on the roof,” Algero says. “You can cover large areas in just a few minutes.”

Furthermore, data from an IR camera is difficult to dispute, enabling DEQ inspectors to accurately convey where repairs need to be made. Algero hopes to one day secure more of the devices to expand coverage across the state.

Hand-held IR devices have improved in recent years from simply detecting leaks to quantifying their severity. The technology has provided industrial owners with a valuable tool for detecting hydrocarbon emissions at the plants, particularly during turnarounds.

Baton Rouge-based Providence Engineering has taken a leadership role in the development and marketing of infrared technology, and under the guidance of Yousheng Zeng has worked closely with industry to develop a variety of new product offerings. In 2013, the explosive growth in IR technology prompted Providence to spin off a separate company, Providence Photonics, naming Zeng as its CEO.

Since 2009, Providence has worked to develop a fixed infrared camera system to take the place of a human observer, and the result—the Intellired Autonomous Leak Detection System—became commercially available in 2014. “You can’t rely upon someone to do that on a 24/7 basis,” Zeng says, “so we developed a system that can be mounted in a fixed position within a plant that uses artificial intelligence to recognize a vapor plume.”

“Basically, once deployed you will see just like a security camera,” Zeng says. “Instead of recognizing a person through facial recognition, we use an algorithm to recognize a plume. If it finds a plume, it will automatically send a notification to an operator, either by email, text or smartphone … whatever method is specified.

“It will also send a still picture to show you where it’s leaking.”

Providence partnered with manufacturer FLIR Systems Inc. in Portland, Oregon, for various components of the Intellired system but performed design and manufacturing at its Baton Rouge facility.

“We’ve developed a relationship where they’ve been everything from a value-added retailer to an integrator of our imaging sensors into larger solutions,” Boccella adds. “They have some core competencies that allow them to take our sensors and customize them for a variety of applications, or maybe even take them to the next level for someone who has a unique request.”

FLIR was one of the original trailblazers of IR technology, initially developing thermal imaging applications for government and military use.

“Our core business was born out of military contracts in the U.S., and it spurred us to develop new technologies in a move to vertically integrate,” Boccella says. “Thermal imaging has followed a similar trajectory to GPS technology. It started out as a very protected U.S. government technology and evolved into something that is now commercially available.”

ExxonMobil’s view is that the promotion of the technology for industrywide applications is a necessary step toward getting EPA acceptance.

While the EPA currently allows for IR cameras, they must be used in conjunction with other established processes.

ExxonMobil currently relies upon as many as 25 workers to monitor for fugitive emissions daily—a number Berg hopes to reduce to as few as four with the use of the IR cameras. “It also offers some significant safety advantages,” he adds. “Tank leaks, for example, can be monitored from a distance rather than having someone walk around the tank rim. That’s much better from a safety standpoint.”

By encouraging widespread use of IR technology, Providence’s Zeng hopes that the EPA will adopt the cameras as an acceptable alternative to more cumbersome detection methods.

“Complying with the EPA Leak Detection and Repair Program is a very tedious, labor-intensive process,” Zeng adds. “Basically, you’re going through every flange using a ‘sniffer’ to check if there’s a leak. It’s very labor intensive, and then you have to plug the results into an equation to predict the number of pounds per hour.”

Providence unveiled a new hand-held product—the QL100—in April 2016 that quantifies emissions at a lower detection limit, thereby eliminating one of EPA’s primary objections to the device.

The QL100 works with existing FLIR handheld imagers, enabling operators to remotely quantify hydrocarbon leaks, including those from difficult to monitor areas and storage tanks.

The portable product provides both an immediate result in the field and an archive of the measurement for reporting or analysis purposes. By using the QL100, an owner can accurately measure emissions from a safe distance.

Called Nitros, Furry’s drone can be equipped with a variety of camera types. “Our plan is to see if we can get an exception [from EPA] to use the drones to monitor the difficult-to-reach areas of a refinery,” Furry says. “We’re going to take it up to a gas processing plant and get some footage of what it looks like once we get this other camera to communicate with the monitor.”

He’s most excited about the drone’s potential for monitoring vessels in difficult locations, such as refinery distillation towers. In the past, it would have taken hours for a worker to climb a tower with detection equipment. “We’ll be able to just fly up to the edge of it, and go straight up and over. We’ll be able to check it all with the drone instead of having to go up there—if we can get approved by the EPA.”

Providence Photonics’ Zeng says another of his company’s recent developments is a multispectral imager—the Flare Efficiency Monitoring System—that will monitor combustion efficiency in industrial flares. The product has nine spectral bands, as opposed to a single band in other IR cameras.

“Recent studies have found that combustion efficiencies [in flares] can be as poor as 70%, meaning a significant amount of pollutants are being released without any way of measuring it,” Zeng says. “We have a patent and an EPA Small Business Innovation Research grant to develop this technology. We plan to make that commercially available sometime in 2017.”

The technology exploits absorption bands in the midwave infrared to determine the relative concentrations of unburned hydrocarbons, carbon dioxide and carbon monoxide.

The entire flame and plume is captured in the field of view, eliminating the need for aiming and enabling fully autonomous monitoring. Having access to real-time data will enable plant owners to make necessary adjustments to optimize flare performance.

Looking ahead, ExxonMobil’s Berg sees a significant opportunity for third-party use of infrared technology, since many plants can’t justify the camera’s high price tag.  “This is a chance for a consulting firm or a company that performs leak detection and repair to train their employees to provide that service to some of the smaller plants,” he says. “There is a particular need for this following a turnaround, to make sure everything’s buttoned up tight before they start the plant back up.”

Zeng says Providence is developing new designs and working with suppliers to make the camera more affordable. While the hand-held has been on the market for 10 years, the cost is still relatively high at about $90,000. 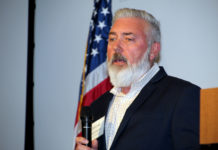 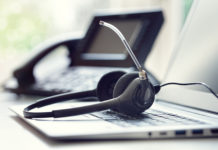 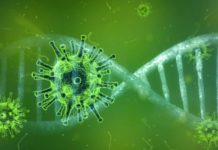 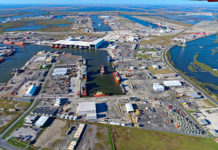 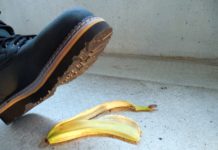 Toolbox Talks: Should we treat a near-miss like an accident? 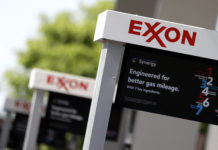